AGGRESSION AND DEFENCE A WINNING FORMAT 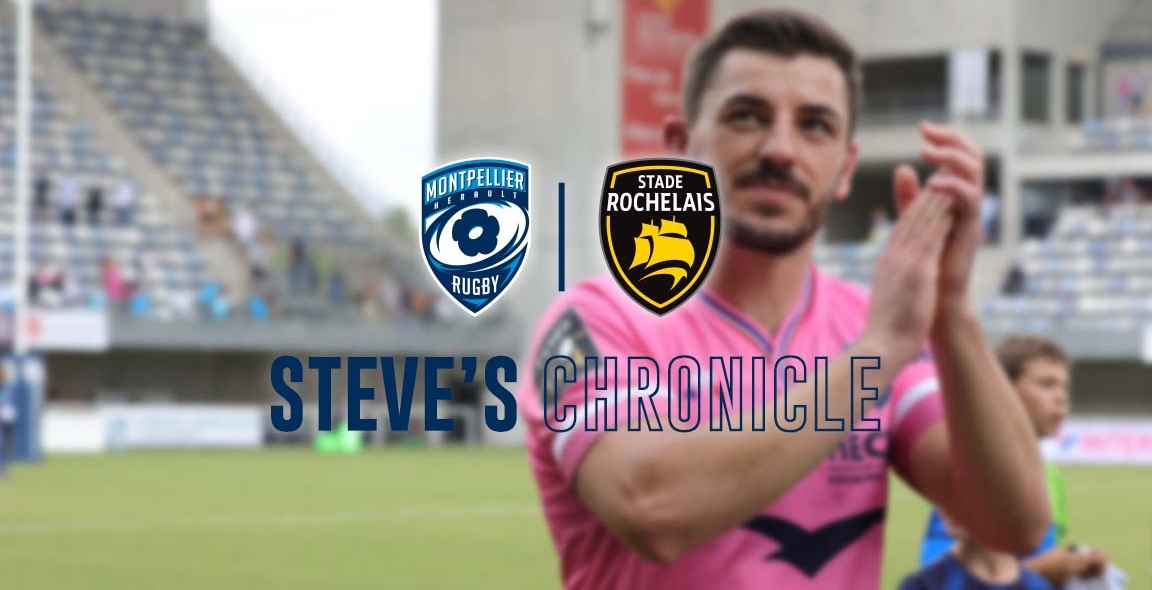 The vie en rose, it’s that time of year when Montpellier have their annual charity support day for breast cancer, the players with pink shirts and shorts a la Stade Francais, these are being signed and auctioned on the clubs web-site during the next 6days so get bidding if you want one of these unique rugby memorabilia, and of course all monies will be donated to the Breast Cancer trust.

The opposition this Sat. afternoon was La Rochelle Euro Champions finalist as also TOP 14 Finalist so a very tough match, but then again there are now no easy games in this World class TOP 14 competition.

The team La Rochelle fielded was one of past and present International pedigree, while Montpellier had either a massive injury list or players still away on Southern Hemisphere International duty, which does not help PSA’s selection.

The match itself was one of days gone by, rugged, aggressive, with little yards given by both teams, but the finest defence was the one of the home team Montpellier, there was a try scored by La Rochelle the only one of the game but it came too late to save either the win or the bonus defensive point and with new recruit our Italian Stallion, Paulo Garbisi on dead aim with the boot, every mistake and forth coming penalty was neatly booted inbetween the sticks for all 21pts. of Montpellier scores, in previous games his measures where not quite accurate but today 7 to his credit with just one miss and excellent effort from the youngster who is gaining in confidence with every match he plays.

The first half was just points from the boot 4 for Montpellier and 2 for La Rochelle from the boot of Pierre Popelin, but even with a try less half the game was for the specialist as both defences were on the ball, the rucks were fairly aggressive and our Martin Doan again showed his worth, with an excellent performance keeping his forwards ready and willing throughout the game, for his tender years he is showing plenty of skills, the experience will come with time, but most of his box kicks were of great quality giving the backs time to get under and challenge for the ball, this they did and often came away with the possession.

The forwards battled hard in both rucks and scrums stealing plenty of ball or giving the Ref no choice but to blow for a penalty for the home team, the same in the scrums La Rochelle tried in every which way to take advantage but most of the time they failed or they had to deviate to naughty boy tactics which the ref punished them immediately.

The second half was much the same as the first, penalties given to Montpellier with Paulo Garbisi adding another 3 to his total giving him the  honour of scoring all his teams points. La Rochelle did score the only try of the game a cross kick to the win from Jonathon Danty, Jules Favre caught the ball in the in goal area and grounded the ball, the conversion was missed and the final score was

21-11. Jan Serfontein got 10mins in the bin in the 69th min, for repeated faults by the team and Montpellier had the last 10mins or so to defend like lions trying to keep their kill from other interested parties. This they did and there were no further scores, final score 21-11 to the hosts, an excellent 4pts to add to there TOP 14 total.

This was not champagne rugby more war of the trenches, which we don’t often see but to the specialist it’s just as good as free scoring games with sloppy defences. Montpellier have proved today that they have a defensive system that works (thank you JB Elissade), forwards who are proud to be selected, and when you have centres like Jan Serfontein and Geoffrey Doumayrou who never shirk a tackle and with ball in hand always moving forward, gives the whole team that confidence boost which is always good to have. One great improvement from previous games was the aggression shown at every ruck and maul, where ball was often stolen from the opposition.

My Man of the Match was Jan Serfontein just because he is himself and always puts in the hard yards in defence and attack. Next week the boys are away to Mon. Urios and Bordeaux Begles who took 4pts. from Lyon at Lyon so a very tough game it could well be, but with confidence on a high one just never knows!!!