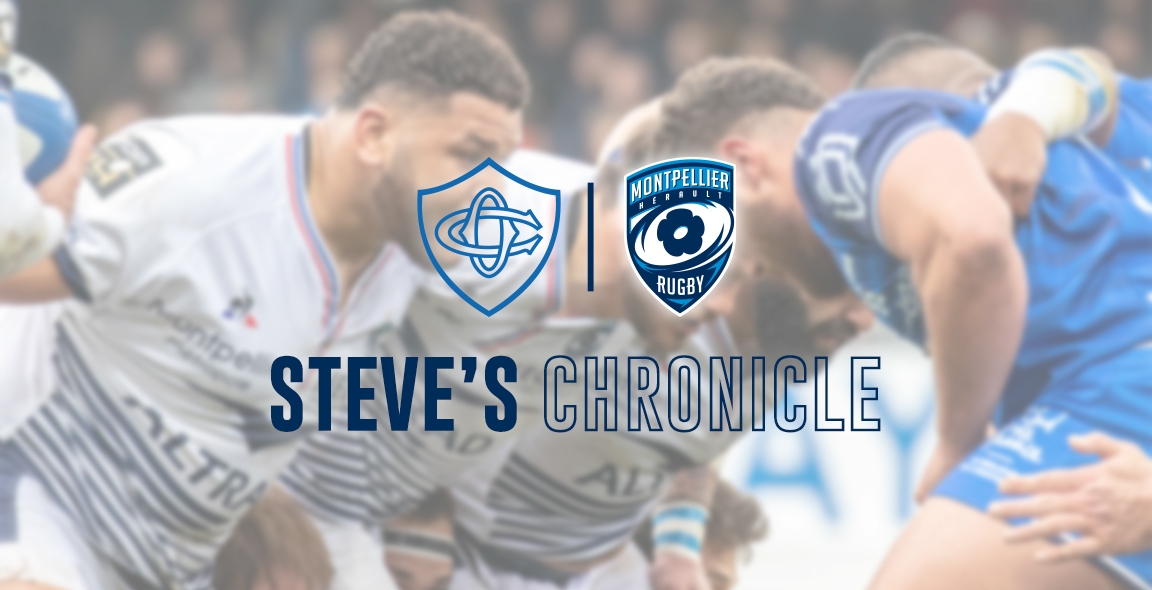 Montpellier has a very difficult task this afternoon, an away match v Castres, a place where they have never had much success apart from the wonderful barrage game several seasons ago where Montpellier gained their semi final spot v Racing.

PSA had given a well deserved rest to several of his key players, with Covid cancelled games on the horizon v Toulon and Toulouse he needed these players on top form so there was a number of players not often seen starting for the team, but they are part of the squad and given their chance they have to perform at the highest of levels to show the coaches they deserve their selection.

The game got underway and it was all Castres, they had possession and attacked as they know how to giving Montpellier all the defence practice they needed, they conceded the first penalty after only 5mins. in front of the sticks Urdapilleta does not miss 3-0 to Castres.

Louis Forsans missed a long range penalty minutes later, just wide his effort. They were plenty of box kicking by both scrum halves and the forward battle raged between the 2 teams.

The game continued in a stop start mode with penalties from both teams and in the 20th min. Louis Forsans scored with the boot and levelling the scores 3-3, but Urdapilleta was again successful and moved the score onto 6-3 for the hosts.

There were plenty of basic errors from both teams but in the 32nd min. Casters got their first try of the game, after a line out won, the ball went down the blind side, instant overlap and Cocagi was over in the corner, Urdapilleta knocked over the conversion from the touch line and Castres had made the first break 13-3. Just before half time Botitu did a typical Fijian stand up straight arm tackle on Louis Forsans which felled the young stand off, the ref had a good look at the video and showed the  red card, it was deserved and Castres were down to 14 on the park for the whole of the second half, the penalty kick was knocked over by Gela Aprasidze and Montpellier has a massive advantage, but could they use it successfully, minute later the ref blew for the break, the score 13-6 to the hosts.

Castres a man short started the second half possessed, after only 2 mins. they were over into the hallowed ground with a superb try from Urdapilleta, the extras were missed but the score 18-6 and Montpellier had a fight on their hands if they were going to get anything from this game. Thomas Combezo scored a very bizarre try for the hosts, he was in the ruck inches from the line and dived over backwards something similar to a swan who had been on the pop for a while but the ref’s arm went up and the try was awarded, extras added, the score moved onto 25-9, even with the advantage of an extra player Montpellier were not gaining ground and the mistakes were plentiful.

The game continued and Montpellier could make no headway into the Castres defence even with the extra man on the park and in the final mins. there was a yellow for Areta after several penalties against Castres, but even down to 13 players the boys could not get over the try line, finally the ref blew for full time and Castres had the full 5pts. with 3 tries to zero for  Montpellier. Why this happens at Castres so often is a mystery, is there a mental block and a gap in confidence who knows, there just may be some sort of curse on this particular game.

There is good news, Montpellier were just one point behind Bordeaux in second place, they were beaten at home by Pau 16-23 in the final minutes of the game, and Lyon who were on the heels of Montpellier lost at Clermont without any points so the table stays exactly the same points wise, Montpellier still have 2 matches in hand so they could be sitting very pretty in a couple of weeks time, but they will have to perform better than they did today.