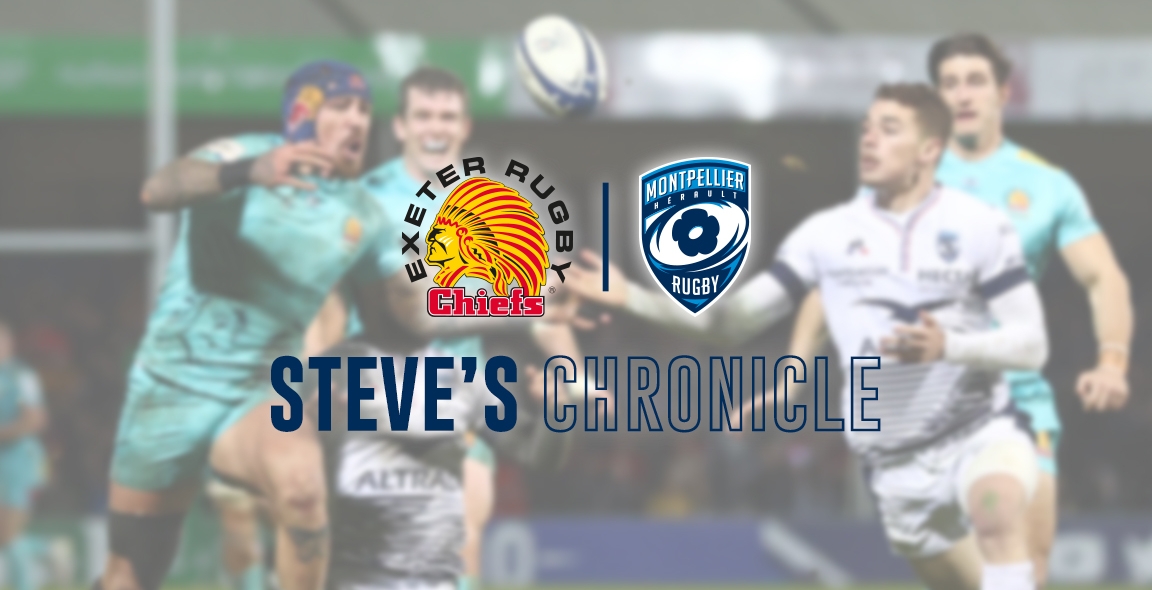 This season’s Euro Champions Cup campaign starts this weekend, Montpellier qualified by way of their Challenge Cup final victory last season, but not being seeded means they will have a very tough draw, and of course that is what happened. First up Exeter then Leinster next Friday evening, it does not get any harder but then again if you want to be Champion, you have to beat the best and maybe it’s just a little easier at the beginning of the competition than when the top teams hit their best form.

The team select to play Exeter was made up of some experience and a large amount of youngsters with little game time this season, plus captained by Kelian Galletier who has not played at all this season after a long lay off because on continual concussions problems.

The game got under way and it was Montpellier first on the score board with a Louis Forsans penalty, he doubled his efforts minutes later with another penalty giving Montpellier a 0-6 lead after only 12mins. of play.

Slowly but surely Exeter started to dominate the encounter, and Montpellier had to do an awful amount of defending to keep their try line clean. Finally after 25mins, a break from Hogg and it was he who went over, the extras were added by Simmonds and the score crept to 7-6 for the hosts.

Play continued until half time with no further scores and the players went to the break with the Chiefs just 1pt in front.

Somehow everyone thought at some time in the second half that the defensive Montpellier dam wall would break as all the attacking play was coming from the home team and the pace of the game was intense, several of the Montpellier players started to feel the pace. Sooner than later the defensive wall did break and Jonny Gray who knows well the TOP14 from recent years notched himself 3tries in a row, all from good solid forward work, driving mauls near the Montpellier try line, they tried their best but the shear power of the Exeter pack made sure they were on top of their game.

All the tries were converted by Simmonds which moved the score onto 33-6 for the hosts.

The game became a one way parade for Exeter as a further 2 tries were added Simmonds got his own which he converted and the last one was scored by Armand both extras were added and the final score was 42-6 to Exeter. This was a very simple, but dominate effort by the Exeter forwards they ran all the plays and were ferocious upfront which made them difficult to stop and Montpellier had no answers to the problem. They had a reasonable first 40mins. but the second half, the flood gates opened and Montpellier were a very second best, they hardly had any ball and when they did own the pigskin they were nearly always in their own half and the Exeter defence had no problems dealing with the rare attacks from the visitors.

This was not the start to the Euro Champions Cup that Montpellier had in mind but with so many key players given rest breaks, it was probably what was going to happen, so now move on to next Friday and another cup winning team Leinster will be ready for battle with fireworks after the game to celebrate the forth coming Christmas festivities.

Another massive game for Montpellier but lessons will have been learned from the Exeter defeat and some of the youngsters will have gained immense experience from this game giving them more self belief for years to come.

Next Friday evening there will be on show some of the worlds best players with a Leinster team packed with Internationals, a rare occasion to see some great rugby from both teams, plus a massive special Christmas firework display after the game, an excellent way to start the end of year festivities, so get those tickets bought and fill up the stadium to celebrate something that does not come along every season.