THE FUTURE LIES WITH THESE YOUNGSTERS…. 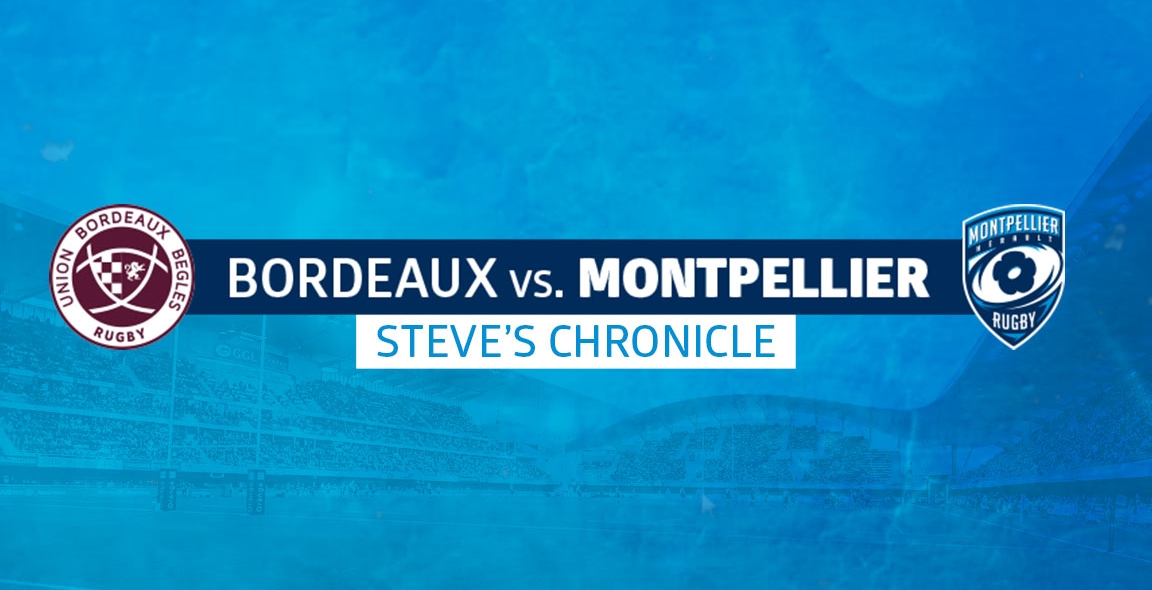 After a European Rugby Challenge Cup Final victory at Twickenham vs Leicester Tigers which was brutal to say the least, Montpellier rested most of their Pro players for Saturday’s home clash with Bayonne, a win would secure TOP 14 rugby next season, so this Tuesday the last of the postponed Covid games against Bordeaux, who fielded their strongest team available, while Montpellier contented themselves with another selection from our Baby Blues with just a couple of Pro players thrown in for good measure, Captained by Martin Devergie.

This was going to be a David and Goliath affair; Bordeaux who needed desperate points to qualify for the play-offs and Montpellier who having rested most of their players for next Sat. all important clash with Bayonne gave our youngsters another chance to shown their worth.

Even the Canal commentators had difficulty recognising some of our Baby Blues, but whether they were known or not, each and every one of them played their hearts out with courage and dignity, few tackles were missed and they proved excellent opposition for Bordeaux who had a mixture of present and past International selected, they had also experience on their side. Everyone knows that front five players become of age in their late twenties and early thirties, while Montpellier has a front five who just about passed twenty  bar a couple of exceptions, so the scrums were going to b a very difficult problem for the Boys and line outs were not going to be any easier.

Montpellier did everything they could but the sheer pace and physicality of the game sapped their energy, they were just not used to how fast the TOP 14 really is, plus their discipline was not of the best, 3 yellow cards were distributed by the ref, Antoine GUILLAMON had his second in as many games not a great advert for the youngsters around him, the other two went to Martin DEVERGIE and Hugo GENS, but the most depressing was 4 serious looking injuries, Jules BERTRY, Paul VALLEE, Romain MACURDY and finally Yannick ARROYO who had to be stretchered off,  in great pain hopefully they are fit and well in the shortest of time.

The game was a one way classic of 8 tries in all for Bordeaux, with Louis FOURSANS replying with 3 penalties, probably most knew the outcome of this game, but it still showed how these youngsters could cope with the French elite rugby, they never stopped trying and their tackling was certainly as good as people have seen but the mauls and scrums took their toll and when it came to the Montpellier try line Bordeaux’s pack had the experience and knowhow to get over that line and it was sure and certain that after taken a monumental pounding for the first 60 minuts. they would run out of steam in the later part of the game.

The final score was a heavy 57-9 for the home team.

This was a great experience for these Baby Blues and it will be remembered as a gift to our first team players who will play on Sat; they have been rested this week for the all important match v Bayonne, and without the efforts of these youngsters it would not have been possible.

So thank you guys for all your efforts and courage in Bordeaux last night.