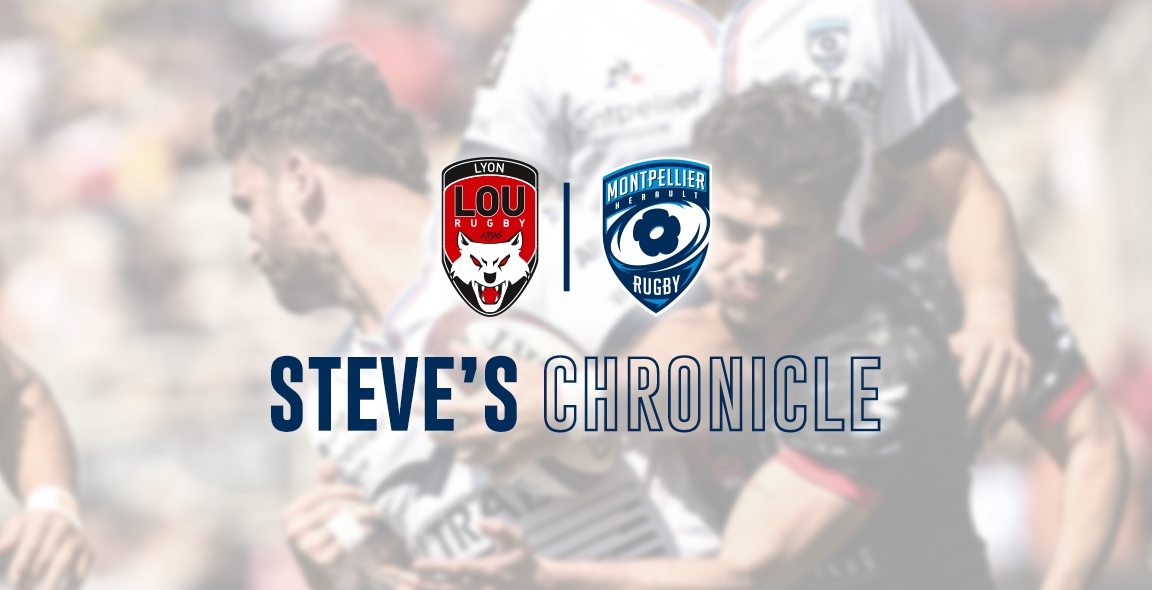 Three games to play and Montpellier are leading this season’s Championship, Lyon today and Clermont away the last game of the season before playoffs, and Racing in three weeks at home, three very difficult games and Montpellier need to probably win 2of them to qualify for a direct semi final place  in June 20/21 at Nice.

Montpellier has never had a great deal of success in Lyon but who knows one day this could change why not today.

The game got under way and from the off it was all possession for Lyon and with only 4mins. on the clock Lyon attacked down the wing and finally Ngatai had an easy run in for the first try of the game the extras were missed but Lyon had already a 5-0 lead. The game continued with an awful amount of kicking both teams testing their opposite numbers with high kicks which more than often produced very little and did not much for the supporters looking for a hard running game of rugby. Paolo Garbisi hit a 50mts. penalty for Montpellier to open their score but that was short lived as Berdeu added his first penalty points after two misses to extend the lead to 8-3. Montpellier were doing loads of defending as they did not see too much of the ball, Lyon however had all the ball and looked very dangerous and hungry for points, the Wolves of Lyon looked as though they had not been fed for the last 7days. Lyon went over the line for a second try this time it was Dylan Cretin, the MHR defence sadly lacking, the extras were added and the Wolves had a lead of 15-3.

Already before the game had started Montpellier had lost Geoffrey Doumayrou at the pre match warm up, then disaster struck again this time Paul Willemse limped off with a serious knee injury, the club will have to wait till Monday to see whether his season is over.

Berdeu added another penalty to increase Lyon’s lead to 18-3, but a little magic from Benoit Paillaugue gave Tauleigne the chance to get over the line for Montpellier’s first try of the game, Pollard obligated with the extras and the lead had been clawed back to 18-10.

On the stroke of half time Momo Haouas was shown a red card for a head on collision, Laporte change his course and Momo could do nothing about it, they collided and although he used at least one arm in the tackle the Ref did not want to know, yellow would have been acceptable but red no way a very bad decision by Mon Charabas the ref, from the penalty Berdeu added another 3pts and the half time score was21-10 in favour of the hungry wolves.

Second half was started and Montpellier down to 14 players for the rest of the game, they had a very difficult situation to deal with, Pollard added a penalty for Montpellier 21-13, but they resisted by pure defence as Lyon had all the ball and attacked with no mercy and it was sure that the flood gates would soon open and Lyon would have the full 5pts for this game. Penalties and tries started to flow for Lyon, first Bamba, then Laporte, and finally Couilloud to bring the score to 43-13. In the dying mins. of the game Guilhem Guirado went over for Montpellier, Pollard added the extras but it was too little too late for the boys and the final score 43-20 did not look good on paper. This was far from being Montpellier’s moment and with half a dozen teams breathing down the neck of the leaders, automatic qualification into the semi’s looks still positive but the boys will have to perform better than today and maybe win their 2 remaining games against Racing and Clermont to be sure not to have to go through the barrage games.

Just 2 pts separate Castres and Bordeaux (who have a game in hand) and on their backs are Racing, Lyon and Toulouse, so everything to play for but any mistakes could be very costly.