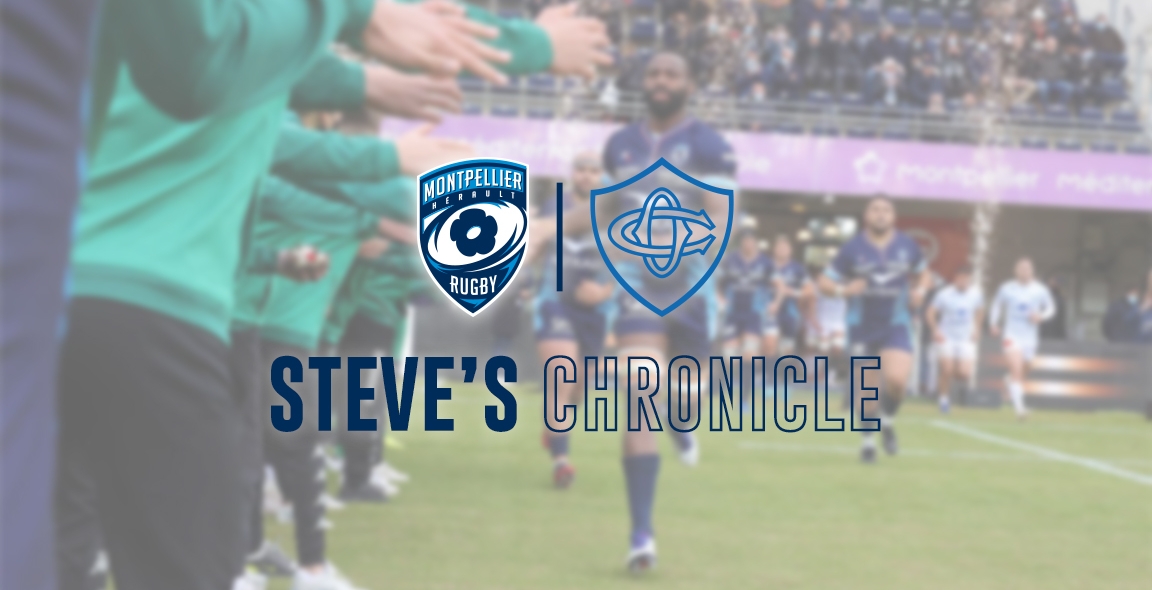 What a day, the old enemy Castres coming to town, which is always a nerve breaking issue, and Club Captain Fulgence Ouedraogo breaks the club’s most capped appearance record, which was held by Didier Bes for several years, Didier represented the club for a magnificent 331 games, which is already a massive feat, but today Fulgence beats that record with 332 appearances for his beloved MHR. He started around his 18th birthday with club team mates Francois Trinh Duc, Louis Picamoles, and Ju Ju Tomas, know for many years as the 4 Fantastique, all have gone to newer pastures but Fulgence has stayed loyal to the club for nearly double his age when he started his first team appearances. He did his stint in the back row as an International for his country France but his pure dedication for his club is something that we will never see again as players are now on 2/3 year contracts which are renewable once or at the most twice, if you get to 100 caps in today’s game you have achieved almost the impossible but to get to 332 caps is something of pure dedication, and to receive this honour from Didier Bes at the end of the game is an honour in itself. Now if a victory could happen it would be all the better as Castres have given us nightmares over the last several seasons, plus he is the only player present in today’s squad who has played at Sabatie, Yves du Manoir, and the GGL Stadium.

Back to the game as said earlier Castres has become a mental blockage over the seasons, they are an excellent team but they always give Montpellier a run for their money and often come out on top, never by many points and very often in the dying mins. of the game, they manage to score for their victory, with little time left for Montpellier to react.

The game got underway, the weather was fine but very cold, almost the very first cold day of winter, and a strong wind was blowing over the Twickenham stand straight down the park. The ref started the game and the first 20mins. or so both teams attacked and defended as the ball was moved about the park but both try lines were left virgin for the first 25 mins, Handre Pollard added the first points for Montpellier with a penalty 3-0 but that was quickly ruled out by a Kevin Kornath try and Ben Botica conversion, 3-7 for the visitors, everybody was already hoping this would not be a repeat of previous seasons, making matters even worse both scores were from ex-Montpellier players!!!

The first half was fairly scrappy with both teams making errors and bad choices, but Montpellier did regain the lead just before half time, with a Jeremie Maurouard try, from a rolling maul the forwards gained ground and pure force took the hooker into the hallowed ground, the extras were missed by Pollard but Montpellier went to the break with their noses just in front 8-7.

The second half got underway with Pollard adding a penalty 11-7, shortly followed by a yellow card for Paul Willemse for using his forearm too high while going forward with pigskin in hand.

Castres were next on the scoreboard with a try from Palis after a good break from Staniforth who was playing a dream game for Castres, the extras were missed from the touch line by Beny Botica and Castres had their noses in front 11-12, this game was going to the wire. Again the score line changed, this time the forwards made excellent ground and from close range Anthony Bouthier went over after good work from scrum half Corbus Reinach, Paolo Garbisi who had replaced Pollard added the extras and Montpellier regained the lead 18-12.

This scoreboard did not stay static long, 2 tries from Castres in less than 2/3 mins. first Ardon then Ben Nicholas, Botica added the latter conversion but missing the first and the score moved on to 18-24, with just 6 mins left on the clock, could this be another last minute disaster for Montpellier and the loss to arch enemy Castres.

Just 2 mins. left and Montpellier attacked, the forwards battered the Castres try line but the defence held strong until a short ball came to Jan Serfontein who crashed over using every muscle in his body, he grounded the ball with the ends of 2 fingers, after several looks at the video the ref finally raided his arm for the try Garbisi added the extras, game over 25-24 to the hosts, Castres kicked off and Garbisi punted the ball out into the stands. OUFF that was close!!!

Now for the celebrations after handshakes all round, Fulgence was presented with his 332capped rugby shirt from Didier Bess with the President Mohed Altrad saying his own words of congratulations, a lap of honour for the boys and for Fulgence before the beer drinking from the boot ceremony for Captain FU FU behind closed doors with his teammates all applauding, a massive achievement.

WELL DONE FU FU and a massive thank you from the club and supporters far and wide…….