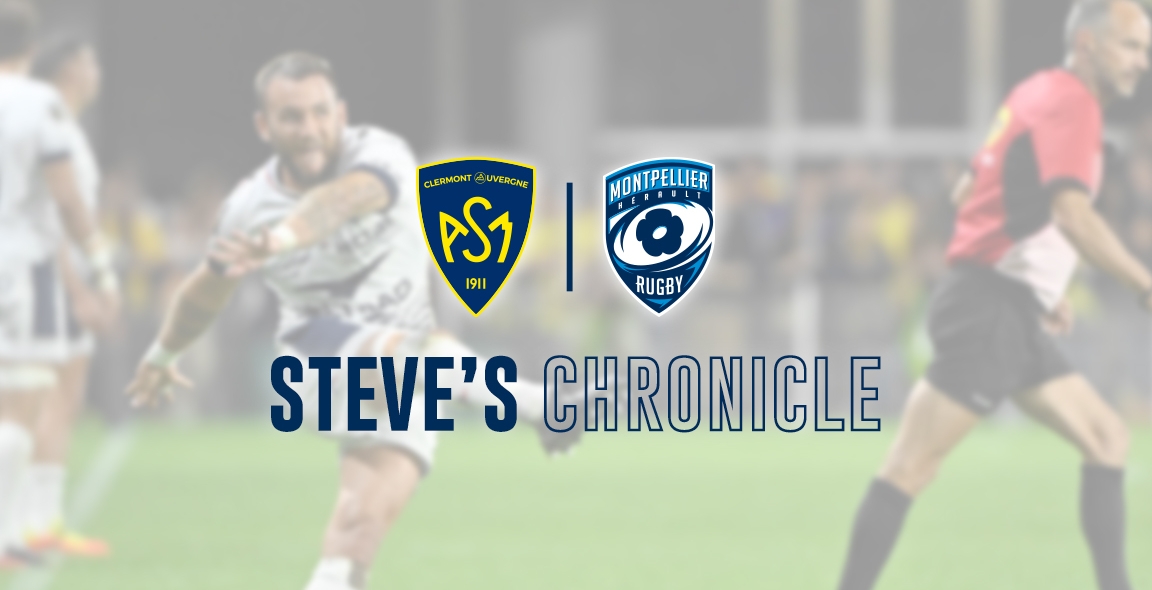 With a little help from Perpignan... This weekend there were many choices from many experts who would be going directly into the semi final play-off places and who would finish below and have to play the extra 1/4 final barrage match. As per usual all seemed to consider Castres and Bordeaux as direct semi final teams and Montpellier would have a home 1/4 final match.

Once again fate played an important part, the game USAP V Bordeaux was predicted as an absolute walk over for 2nd placed Bordeaux, and low and behold this did not happen Perpignan at home did what they have done before and finished beating Bordeaux by 7pts. 22-15, giving the away team a long trip back to base with no points in their pockets and therefore taking the 3rd place and a home barrage match next weekend v Racing.

Montpellier’s final Championship game was v Clermont always a difficult venue to gain victory especially as this game would be moreorless a full house, but in previous seasons Montpellier had some decent results at Clermont and this season they have not been playing their best throughout the Championship and fairly unlikely to qualify for the play-offs.

Both teams had the honour of having Mon Romain Poite as the games referee, his last before he ends a brilliant career as one of France’s leading home and International man in the middle, that is if they don’t give him the final as a swansong.

The game itself was a scruffy affair with the added tension of who would be qualifying and who would be going on holiday, the evening was very humid and handling was always going to be difficult so for all to see, the ball was in the air for long periods as both teams looked very nervous. As game got underway both defences were tested especially Montpellier’s as Clermont went full tilt to score first, this they did in the 7th min. after some sterling work from their forwards Beria went over with a little help from the rest of his pack, Morgan Parra playing his last game for Clermont added the extras 7-0 to the hosts.

Montpellier got themselves on the scoreboard mins. later with a Benoit Paillaugue penalty 7-3. Clermont had more ball than Montpellier and attacked relentlessly but the defence held strong but there were some very scary moments. There were long moments of ariel ping pong as both defences held strong and finally Mon. Poite blew for half-time with Clermont keeping their 7-3 lead.

The second half got underway and again it was Clermont who advanced their lead another penalty from Parra 10-3 for the hosts, Montpellier tried their level best to get on the scoreboard but the Clermont defence was for the moment watertight. However after strong forward play the boys found themselves near the Clermont try line, from a ruck  Benoit Paillaugue spun out a pass to Vincent Ratttez who was unmarked on his wing, he gathered the ball and dived over for Montpellier’s first try of the game Paillaugue missed the extras and Montpellier were just 2pts. behind 10-8.

Minutes later it was the turn of Clermont,  good ball used quickly by their backs saw Barraque use his speed to out pace everybody and go over in the corner Parra added the extras and Clermont increased their lead 17-8, Montpellier losing their defensive bonus pt. Clermont had a couple of tries disallowed both being held up over the line and Montpellier breathed a sigh of relief.

Mon Morgan Parra was replaced by Bezy to a standing ovation which lasted a full 5mins. well deserved as he has been a great servant to his club.

From one scrum half to another Gela Aprasidze had just come off the bench and he saw the gap darted forward towards the line with his chip kick somehow he managed to get some part of his upper body between ball and try line, the Ref had several looks at the video before he gave his answer which was try, 15,000 Clermont supporters felt very differently to his choice, but it was not their decision!!! Anthony Bouthier added the extras 17-15 and back in bonus pt. country for Montpellier. Camille Lopez added another penalty for Clermont in the 73rd min. at that was moreorless that; final score at full time 20-15 and a bonus pt. for Montpellier.

This was not a game of fast running rugby far too much at stake, but a fair performance from the boys considering that there was everything to play for on this last Championship game, now was that enough for the direct semi place, telephone in hand Fulgence Quedraogo was screaming from the touchline “yes it was” as Perpignan has beaten Bordeaux so Montpellier finish second behind Casters and play the winners of Bordeaux v Racing in Nice in a couple of weeks time.

An excellent season by the boys now can they make President Altrad, PSA, all the coaches, staff, and supporters happy and go all the way, this could be 3rd time lucky for Montpellier after 2 final losses, but there is still that semi to win so let us not get ahead of ourselves and make sure semi victory is attained and then it’s anyone game in Paris.